Please join us in our goal to make a new set of Union Infantry possible!! Check us out on Kickstarter, and join the cause!!

Please see news.cunnyngham.com for all the latest information! 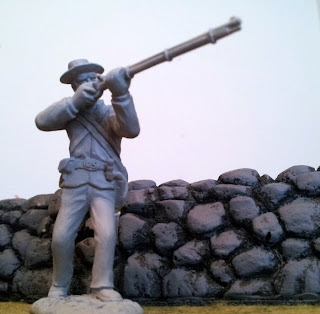 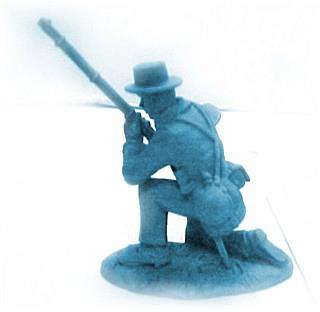 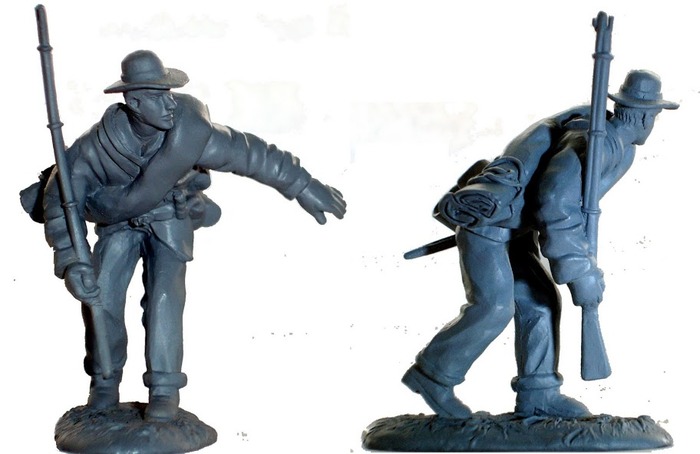 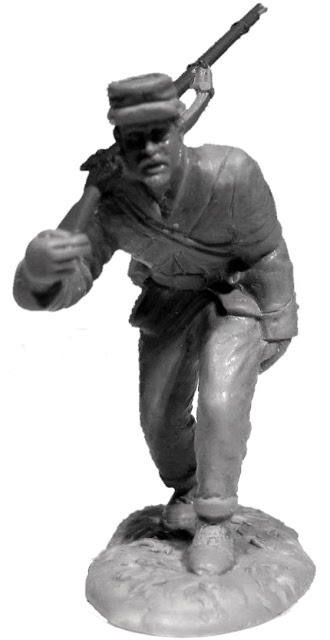 Just a few pictures.  Posting from my phone which isnt easy.  Will do more later. 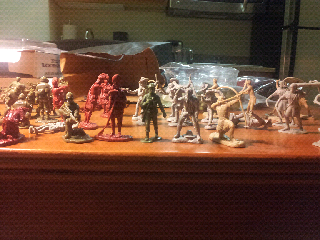 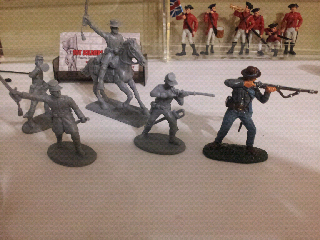 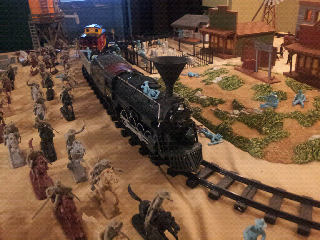 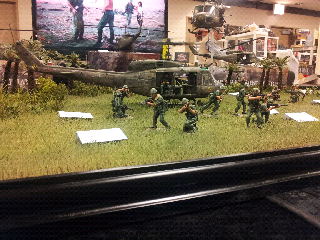 I've always been a fan of the "modern" troops produced by both ESCI and Airfix.  Though a touch on the smaller side, at 1/35, they are a nicely sculpted and have a lot of detail, especially for being rather flat.  The set above was done in two colors that I know of, the flat green and the dark, shiny green.  I much prefer the flat green, as the shiny color tends to hide a lot of the detail on the figures.

I picked up a full set at an antique store recently for pretty cheap.  These were probably released in the 80's (somebody correct me if I'm wrong), so you can still find these floating around fairly easily.  I remember seeing a lot of ESCI/ERTL figures at my local general store when I was a kid, mostly the 1/72 figures though.

We're going out antiquing again today, so hopefully I'll find another little "treasure".
Posted by Beau at 10:57 AM No comments:

Two years ago while driving home from the Chicago show, my wife turned down the radio, looked at me, and said "we could do that too.".  I had no idea what she was talking about, but she explained that we could, if we wanted to, start our own toy soldier company.  And so we began the long journey of figuring out exactly what we wanted to accomplish, and how we wanted to go about it.
After lots of work, I'd like to introduce you to our new online home and our new website...
Welcome to Cunnyngham Collectibles
Maker of Fine 1/32 toy soldiers
Posted by Beau at 7:23 AM 12 comments:

With the San Antonio Show fast approaching, we are busily preparing for our official "switch". We have most of the details worked out, and our new online home is just about ready.

I'll be gone this coming weekend, but please visit us this coming Monday, and you'll see what we've been leading up to for awhile!!


I can't tell you how excited we are! This is one of the most exciting projects I've ever been involved with, and I can't wait to share it with you.

Have a great weekend!!
Posted by Beau at 1:06 PM No comments:

Steve Weston is offering the newest Replicants on his site including Thomas Paine, Simon de Montfort, and Bill Cody.
Not sure if they have made it to any other dealers yet or not.
I also noticed on both the Hat site and the TSSD site that the newest Hat 1/32 figures should be available shortly.
Posted by Beau at 12:28 AM 2 comments:

Within the next few days, I'll be giving you a link that will show you what we've been working on.  It will, in fact, take the place of this website.  In a way, it's fairly sad that after 5 years, The Plastic Battalion will cease to exist.  But I can't wait to show you what's taking it's place!
Stay tuned for the next phase.  You won't be disappointed.
Posted by Beau at 12:38 PM 2 comments:

TSSD's website has a short note about 21st Century Toys. If it means what I think we all assume it means, that's too bad. I always appreciated that they could bring historically accurate toys back to the mainstream market. While I didn't collect all their lines, I always looked forward to browsing the O.D. Green section of Wal-Mart, and now that it's not there anymore... kind of depressing. Their 1/32 vehicles were amazing, and their figures were always a nice addition to any battlefield. Wish they had gotten the chance to release a few more figure sets, including the WWII British and the Marines that were advertised a few times.
Posted by Beau at 3:17 PM 2 comments:

quick Highlight of the book Appaloosa

I don't read a lot of fiction. And I don't read fast. I usually read a couple pages at a time, and spread a book out over a month or so.

But yesterday, during my work as a librarian I came across the book Appaloosa by Robert B. Parker. I picked it up and read the intro just to get a feel for the book. It was really, really good. I took it home and read it in a single sitting, which I think I've only ever done once before with a book. Much better than the movie that portrayed it. If you're into westerns, or simply a good story, give it a shot.

All right, now back to the unintelligible ramblings that have been leading up to June...
Keep a sharp eye. Never know where a code might pop up.
Posted by Beau at 10:49 AM 3 comments:

"I soon saw that we were the reserve, which is a dreaded position when kept up, for you will hear the roar of the battling front... one may be shot down and not so much as raise a hand in self defense..."